For more than 200 satisfied customers we performed static calculations in the following fields of activity:

The load data are often the result of other calculation disciplines and can be imported from corresponding calculations, e.g. component temperatures from stationary or transient thermal calculations, and surface pressures from flow simulations.

The static calculation can be used to optimize the components, or by combining it with a strength verification, to ensure the admissibility of your components. In all cases, you will gain a deeper understanding of force flow and deformation in your components.

Furthermore, cyclical load conditions can be described by quasi-static load conditions. In this way, the stresses can be determined by means of static calculations for the proof of fatigue strength as well as for proof of load-bearing capacity.

We have many years of experience in performing static FEM simulations for various industries. Our scope of services includes the performance of linear and non-linear static calculation, from individual components all the way up to large assemblies. Non-linear FEM simulation models take into consideration e.g.

We use the non-linear static calculation to determine the limit load of components for our customers. This means that real tests can be reduced or replaced using FEM calculations, thus saving time and money.

Using a non-linear static calculation considering theory of III. Order, plastic material behavior and imperfections, the stability of structures can be assessed or the buckling behavior can be examined. This method represents an alternative to the stability analysis on the basis of buckling or buckling eigenvalues. With a preceding eigenvalue determination, decisive component imperfections can be identified.

Thermal calculation as the basis of the load

Strength verification according to guidelines

Not possible to use quasi-static equivalent loads? We also calculate dynamic component behavior

Final theses on the subject of “Structural analysis”: 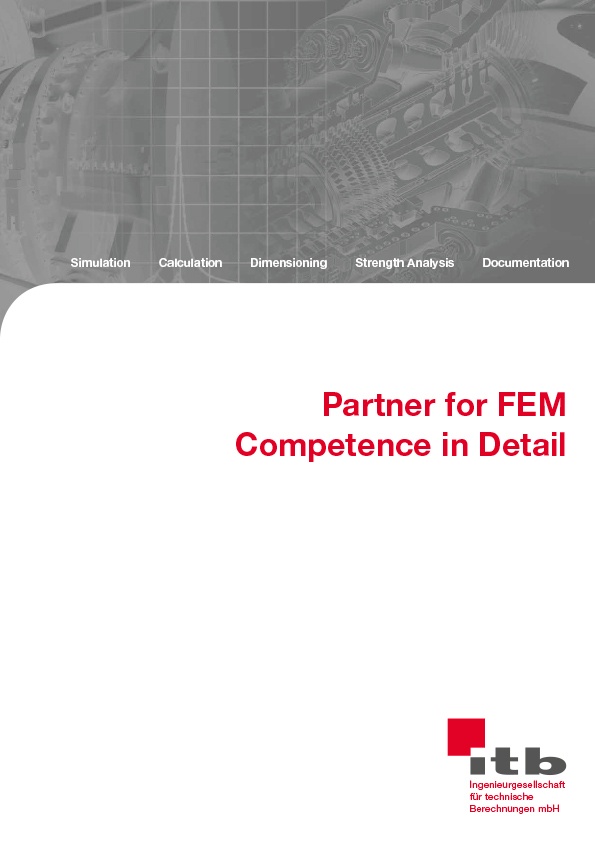